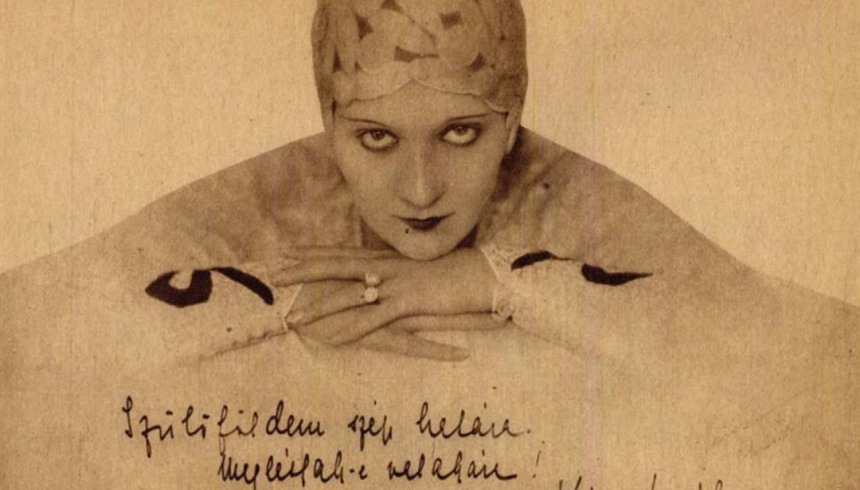 Eszter Kiss was a self-made woman blessed with incredible adaptability and a feeling for languages. In Paris, she went from the very bottom of the ladder as an extra to lead parts and not even the advent of talkies could stand in her way. Having conquered the hearts of audiences in London she retired from the stage and worked as a businesswoman in the industry.

She was born on József Boulevard in Budapest. On her birth her father, Mihály Kiss, the renowned actor-singer of the People’s Theatre and a partner of Lujza Blaha, announced: “This child will never be an actress.” Needless to say, the little girl was soon to be seen on the stage. Her first public outing proved to be a ‘crying’ success: at the theatre performance arranged to mark her father’s retirement, the six- or seven-year-old Eszter burst into tears because the role called on her to make fun of her father.1 She secretly completed the Balogh Béla film school course at the age of just 14 and then took parts as an extra in Star film studio silent movies. 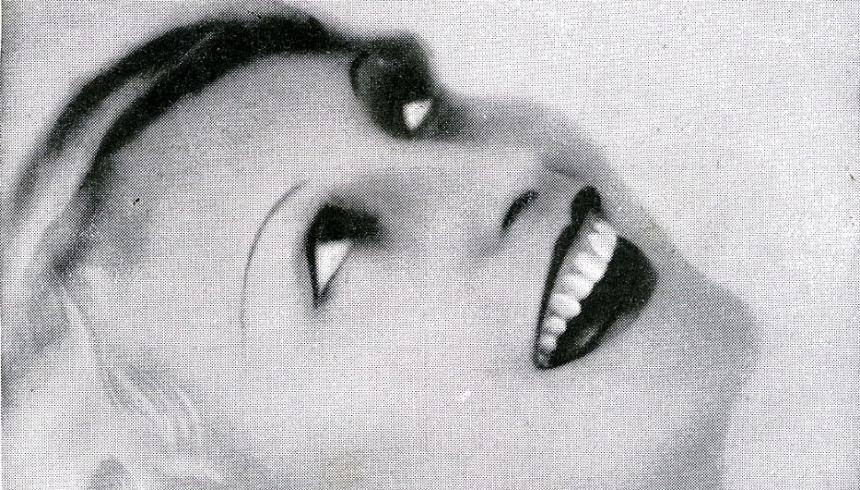 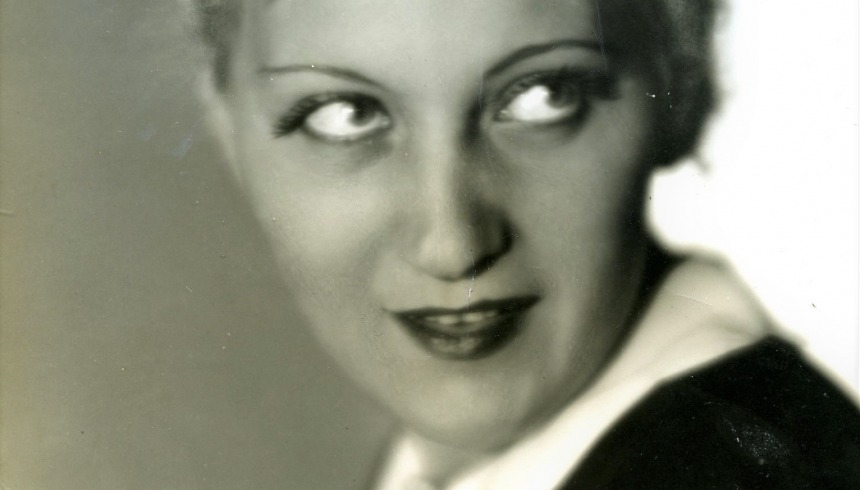 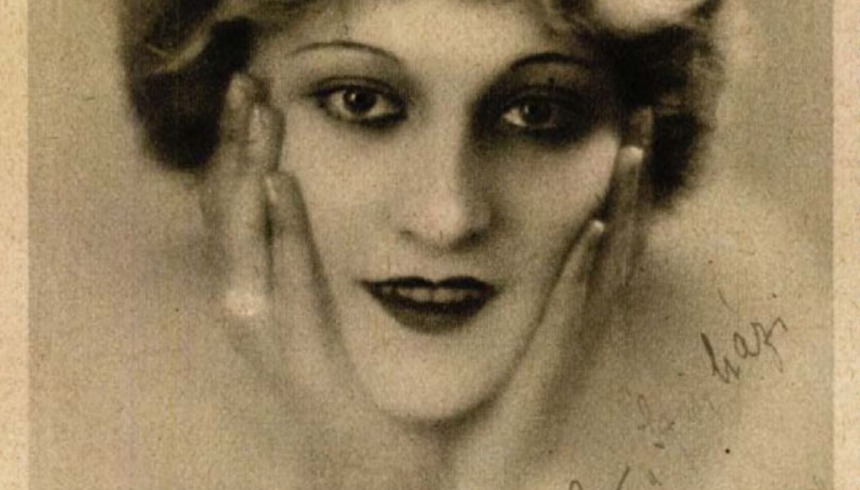 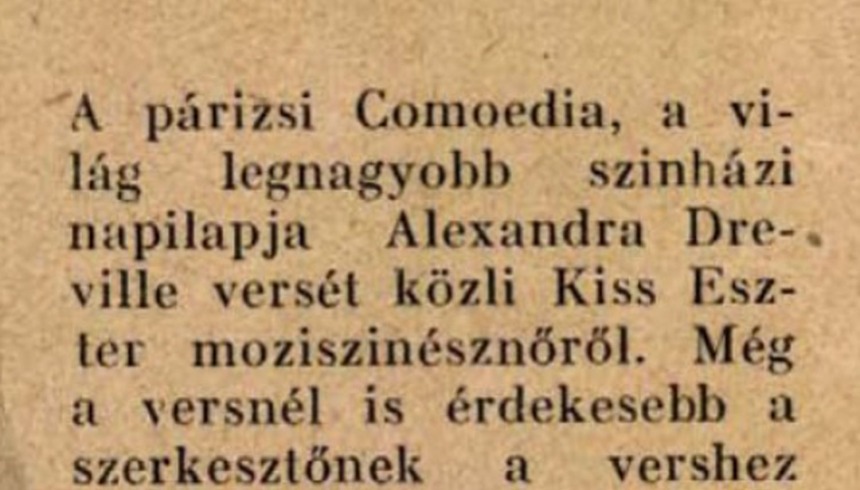 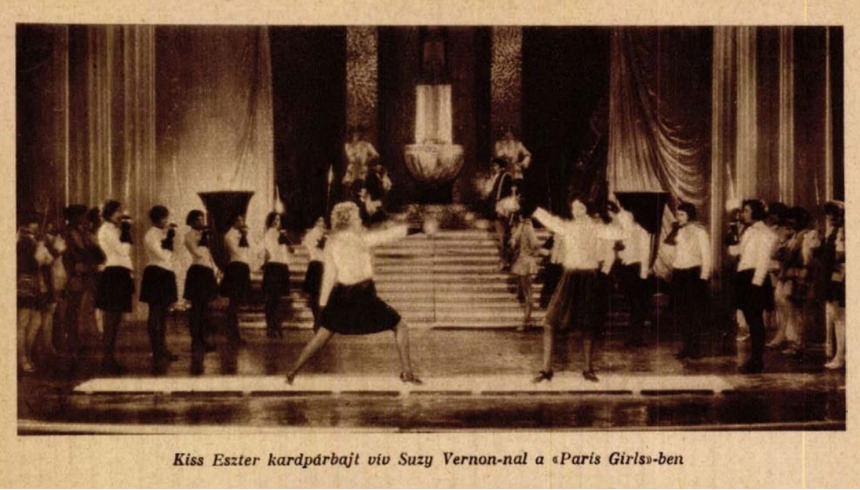 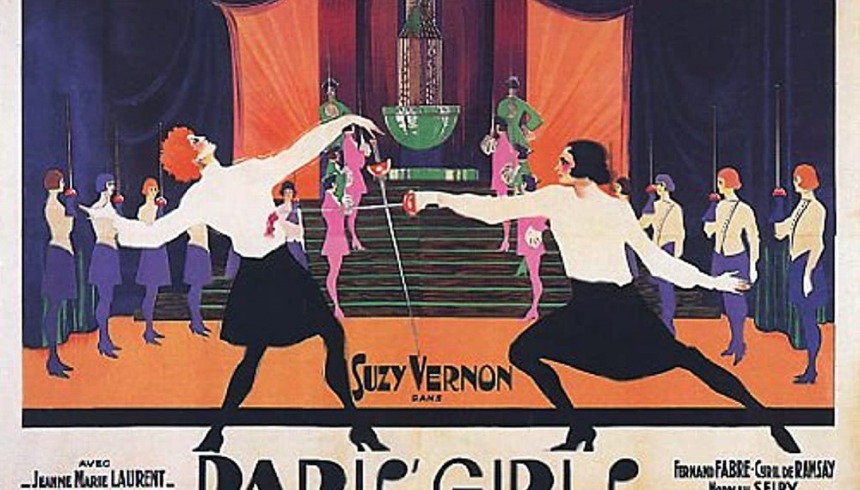 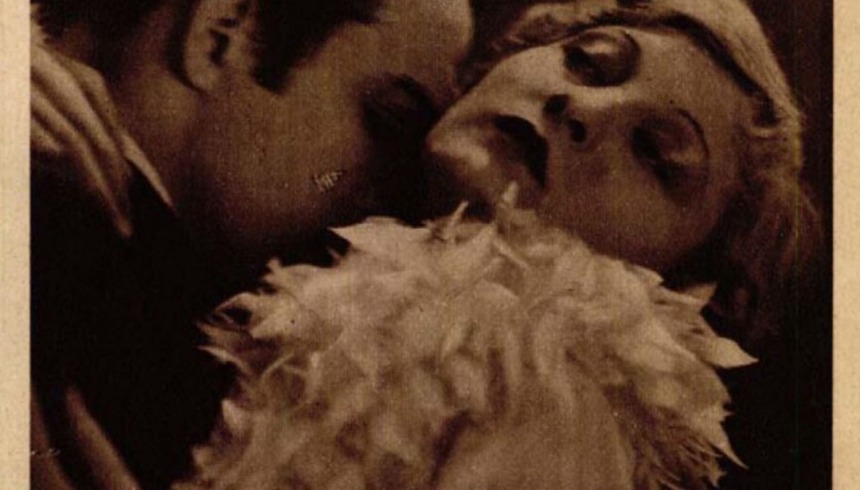 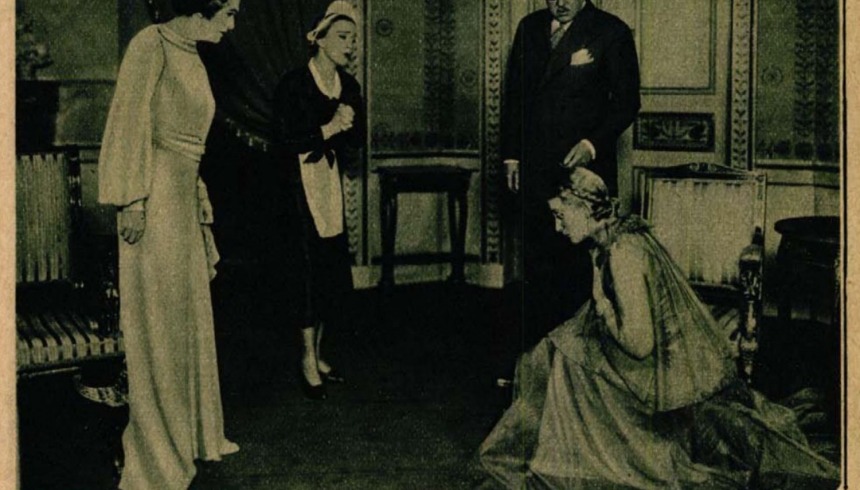 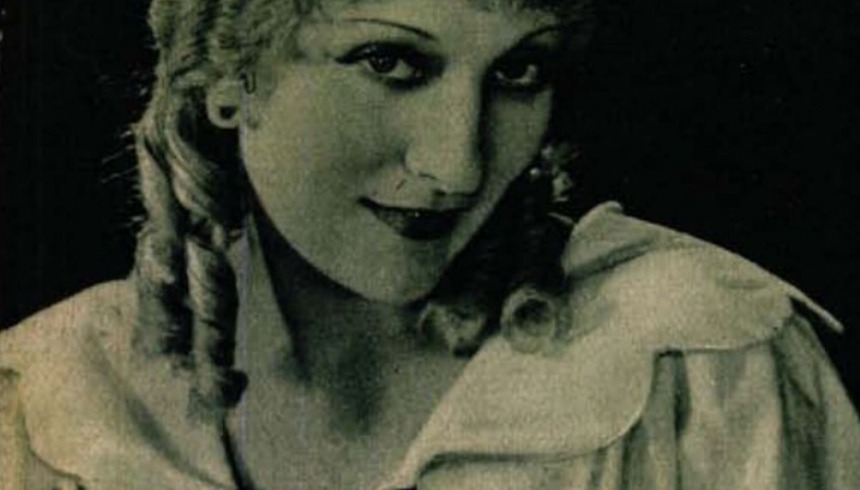 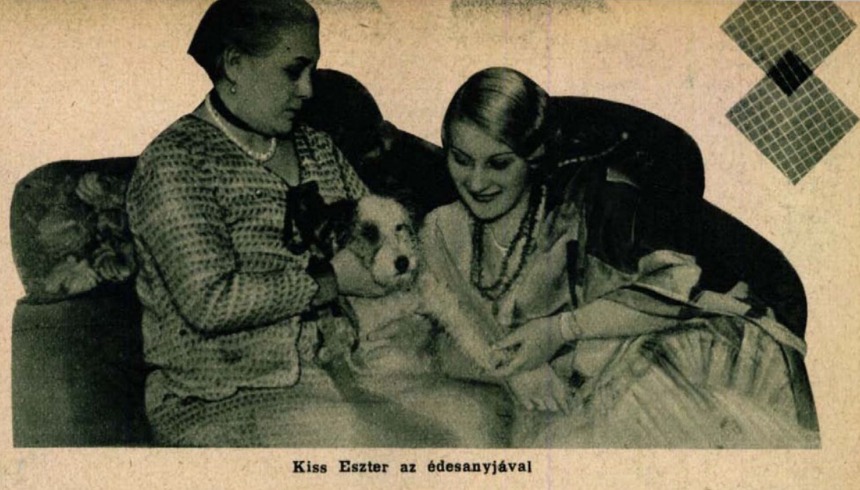 Esther Kiss with her mother 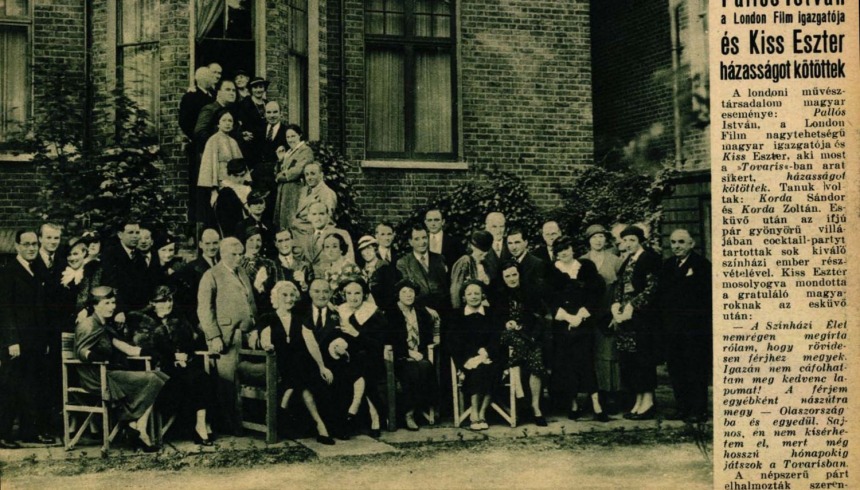 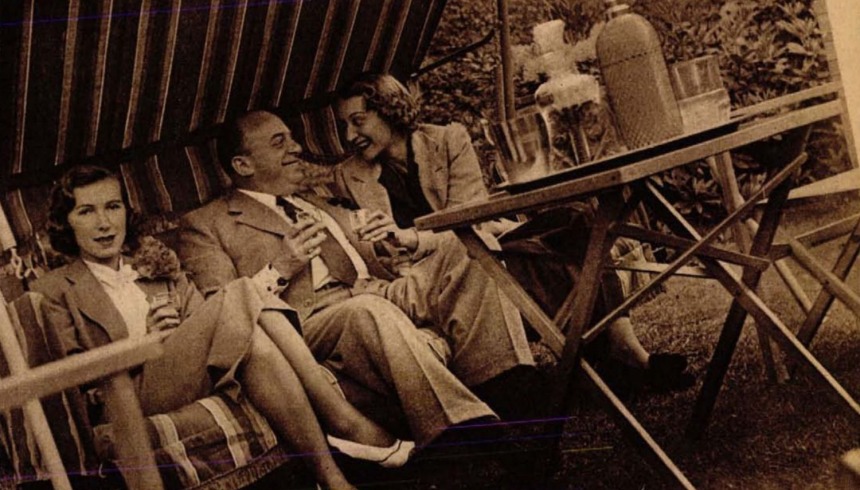 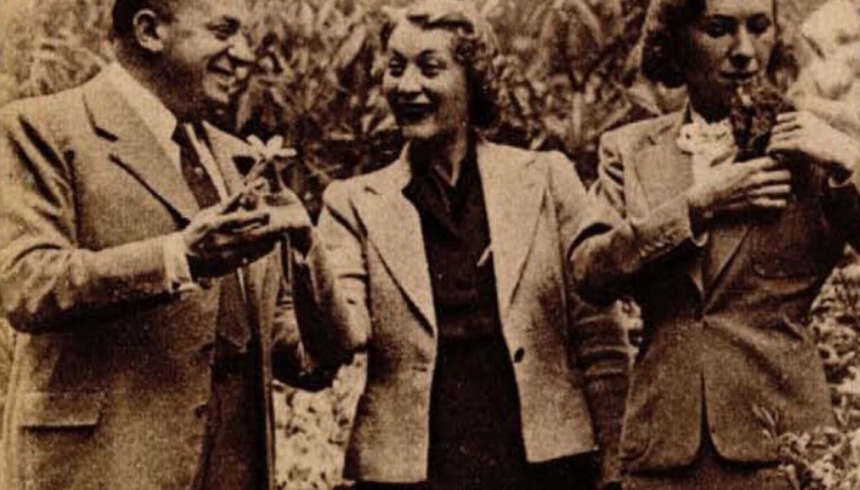 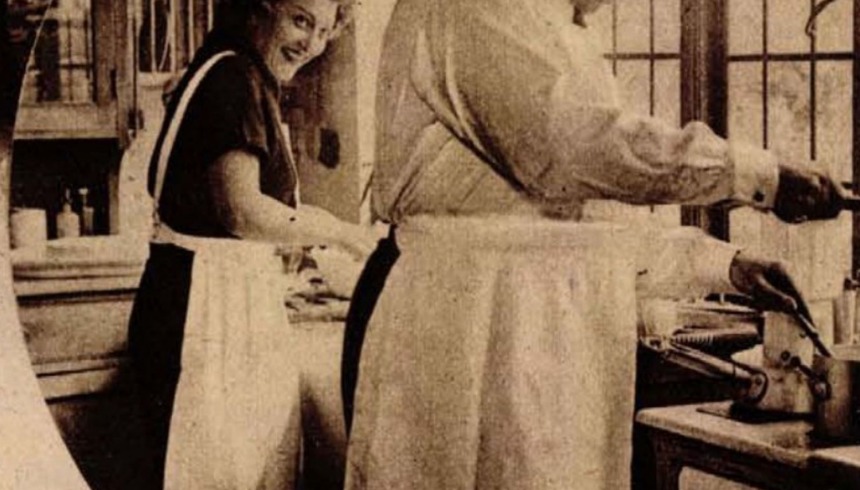 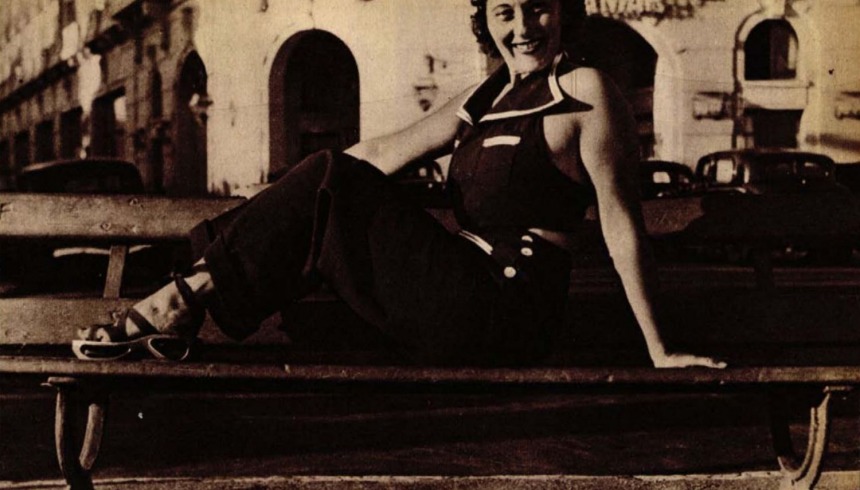 She married a Budapest journalist when she was still young2, but the pull of the stage was stronger. She divorced her first husband by mutual agreement and at the age of 21 she moved to Paris to be an actress. She recalled her early trials thus: “It was a most horrible life. I didn’t accept a single penny from home. I set off stubbornly, wanting to make my own way in life. I didn’t know a soul in this endlessly huge city. I started off with two or three photographs, taking the obstinate, Calvary-like path of so many of my fellows, tramping from one film studio to another. And everywhere the same response: please give my address and they will write to me. Of course, I never heard from them again. In the meantime, I starved. My main meal was coffee, I ate countless croissants because this was the cheapest pastry in bistros. That is, I didn’t eat that many, just a couple, because I had to be careful with money. In the evening I returned home exhausted and out of luck. Home was an international small hotel where, however, we are all one in our poverty. Everyone here was asleep by 10 pm. If a person is sleeping, they don’t feel hungry.”3

The Parisian audience learn the name of Esther Kiss

All her diligent language classes and standing in queues at film studios finally paid off: she was given roles as an extra in Henry Roussel’s La valse de l’adieu (1928), Alberto Cavalcanti’s Yvette (1928) and Adelqui Migliar’s Souris d'hôtel (1929). Ica Lenkeffy, the Hungarian star of silent films who was in Paris at the time, played the lead roles in the latter two films. Esther Kiss came into contact with other celebrities and was an extra in Lil Dagover’s first French film. When she saw that the French film crew and the German Dagover did not understand each other, she quickly intervened as interpreter, thus becoming a firm friend of the great actress.4

In summer 1927, the journal Magyarország reported that Jenő Heltai’s work A 111-es (Number 111) was to be filmed in France starring Lenkeffy, Iván Petrovich and Esther Kiss. It is likely the film was never made but this is probably where Kiss met her second husband, the production chief. The journal mentions István Pallós as “Hungarian film director in Paris”.5 Her name appears in the credits of Jean Renoir’s comedy Tire au flanc (1928) and Marcel L’Herbier’s L’Argent (1928) adapted from the Zola novel. And then there were bigger parts: in Paris Girls (Henry Roussel, 1929) she fenced with Suzy Vernon over a man both characters loved, and in Illusions (Lucien Mayrargue, 1930) she appeared alongside Pierre Batcheff, a massively popular actor at the time. Kiss played the role of seductive intriguer in these films, which held the danger that she would become typecast as the antipathetical character in the minds of audiences. However, the young actress stood out in this role as well. The French journal Cinémagazine called her part a new kind of vamp-character.6

Esther Kiss’s career really started to take off just as the talkies began to sweep aside even the biggest names in the industry.

During this early period, the major studios sought to get round linguistic problems that emerged with the onset of the new technology by producing multi-version films. Films shot in two, three or even more languages could thus be distributed in several countries. Actors and actresses able to speak several languages thus found themselves much sought-after by studio bosses. Esther Kiss, who spoke fluent French and German, worked at Joinville, the Paramount studio in France called by many ‘Europe’s Hollywood’, and she had a small part in the film Rive gauche (1931) by director Sándor Korda who was working in France at the time.

In the meantime, the aspiring actress won rave reviews in Parisian theatres acting in works by then fashionable director Henri Decoin and Russian émigré of Armenian origin, Georges Pitoëff. French-speaking Kiss also recorded successes in high society as her salon became famous among Parisian intellectuals.7 Meanwhile she continued filming: she was the chambermaid of Milady in the sound version of Les Trois Mousquetaires (The Three Musketeers, director: Henri Diamant-Berger, 1932); she was given an important part in the French version of Korda’s La dame de chez Maxim’s (The Girl from Maxim’s, 1933) and the lead role in the film adaptation (of the same title) of Henri-René Lenormand’s Le Simoun (director: Firmin Gémier, 1933). She and Marie Glory represented France at the 1935 Moscow film convention. Esther Kiss was an important member of the Hungarian émigré circles in both Paris and London. In 1932 she appeared in a British film made by London Films founded by Korda in the same year. Men of Tomorrow was the second film by Leontine Sagan, best known for directing Mädchen in Uniform (1931), which she directed together with Zoltán Korda. Esther Kiss enjoyed a close relationship with the director and she gave a soiree in her honour on the occasion of the premiere in Paris of her first film.8

Kiss, who spent much time travelling between the British Isles and the continent, probably decided to finally settle in London in 1935. In that year she appeared on London stages in the comedy Tovaritch directed by Gilbert Miller. Reports from the time suggest that the actress, who having attained fluent French was now fast learning English, was a smash hit in the play that went on to clock up several hundred performances.9 But there was another reason for the move: in 1935 she married István Pallós, “in whose company she had been seen for many years on the terraces of the cafés of Champs Elysée.”10 By this time Pallós, now known as Steven Pallos, was a renowned film entrepreneur and together with Korda worked as director of London Films. The newly-weds bought a villa in Fulmer close to the Denham studio.11 Subsequently, Esther Kiss featured in only one more film, Ball at Savoy (directors: Victor Hanbury – John Stafford, 1936), based on the Pál Ábrahám operetta. Although she remained a popular guest of theatres in England and France (in 1937 she appeared at the Mathurins Theatre in Paris, and in 1938 in one of the roles in April Clouds playing at the London Royalty Theatre), her interests quickly shifted elsewhere.

In 1936, Hungarian newspapers were reporting that the actress would star in a Hungarian film in Budapest, based on Jenő Heltai’s novel Az utolsó bohém (The Last Bohemian). It is thought this film concept never took off. Esther Kiss arrived in her homeland for just a brief visit after being absent for nine years.12

Although there were reports that in 1937 the actress had signed with Warner Bros. and already shot a film in Hollywood13, there is no more information about this. What is certain is that in the early 1940s, Esther Kiss started working in the US but this time she was on the other side of the camera.

During this period the Korda company was producing films in America and in 1942 Kiss supervised the work here. America newspapers linked her to Pallas Films, United Artists, and MGM as story editor or head of story department.14 According to an article in Variety, she was involved in finding and handling appropriate literary material and representing authors.15 In 1947, for example, she worked on the dramatization of Bertita Harding’s novel Age Cannot Wither: The Story of Duse and D’Annunzio (1947).16 We have no information about the completion of the film.

When in 1945 Korda returned to England after the war, Esther Kiss remained in New York as representative of London Films.17 American yearbooks and film encyclopaedias credit her as the treasurer of the company from 1947 until 1952.18 In the meantime, she parted ways with István Pallós. An article dated 1950 once again refers to her as Miss Kiss when it writes that she teamed up with Élisabeth Deval, former wife of the author of Tovaritch, to make the adaptation of a French hit (Léopold Marchand: Le Secret des Dieux).19 There is nothing to suggest that this film was ever completed, either.

Esther Kiss died in Surrey near London in 1983. Unfortunately, we know nothing about what she did after the 1950s.