From typist to global star

The first Hungarian international star had a career in Hollywood that only few others enjoyed. Her portrait featured on the front covers of magazines from South America to Japan and people thronged the cinemas to see her. 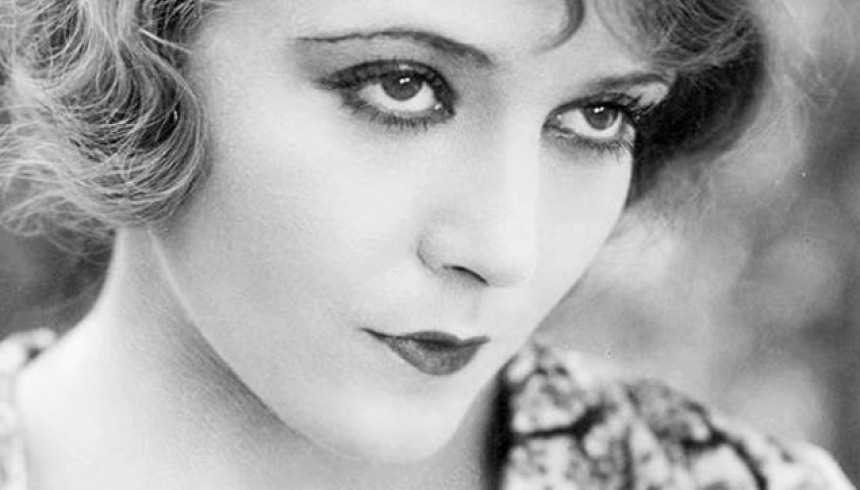 The celebrated star of Hollywood was born Vilma Koncsics in Nagydorog on 9 January 1901, 120 years ago. Not long after her birth, her father was appointed desk sergeant in Budapest so the family moved to Práter Street in the capital, later settling in Teleki Street, Pestszentlőrinc. Vilma went to the Egressy Street Higher Elementary School and after attending the school of commerce she started work as a typist. Her interest in acting was evident even as a student and she became an active member of the school literary and debating society, while her brother Viktor Bánky became famous as a film director. Besides working as a typist, she never gave up her dreams so eventually she signed up to the drama school of Géza Bolváry and Ilona Mattyasovszky. Recognizing her talent, Artúr Somlay also accepted her as a private student.

Like many of her contemporaries, she tried her luck abroad, receiving her first film part in Berlin, the flourishing hub of European filmmaking at the time. Unfortunately, this motion picture has been lost, and her early Hungarian films had a similar fate. We only know what Galathea and Veszélyben a pokol (Hell in Danger, director: Béla Balogh) might have been like from descriptions of these films. Furthermore, only a fragment of Géza Bolváry’s movie Tavaszi szerelem (Spring Love) has survived. What is certain is that the actress had a huge impact on both colleagues and audiences because she rapidly rose to fame. Soon she also gained a name in Germany and Austria, and she appeared as a partner of legendary French comedian Max Linder in the burlesque King of the Circus. 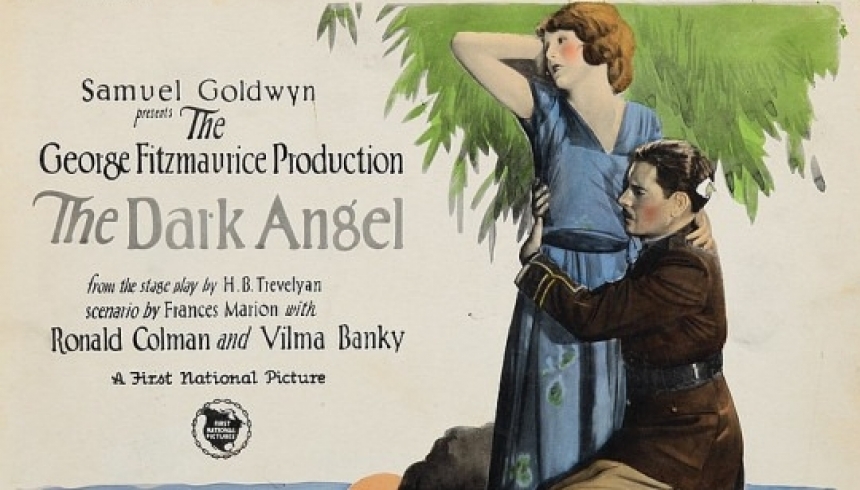 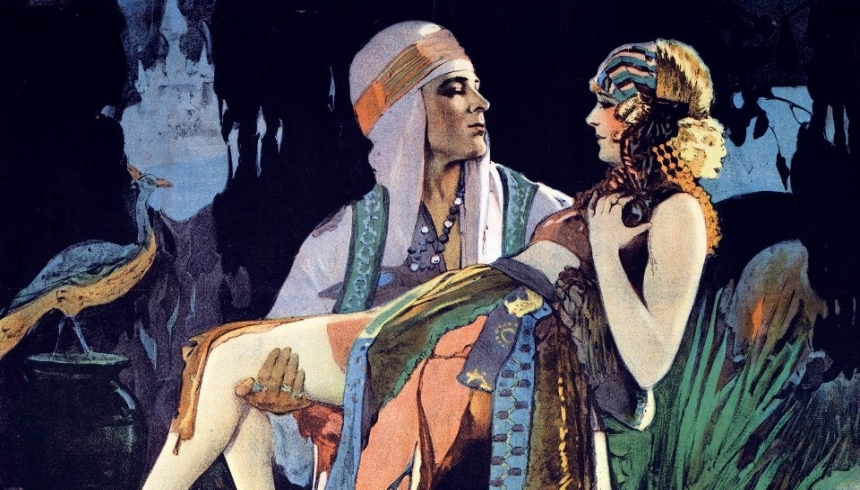 The Son of the Sheik poster 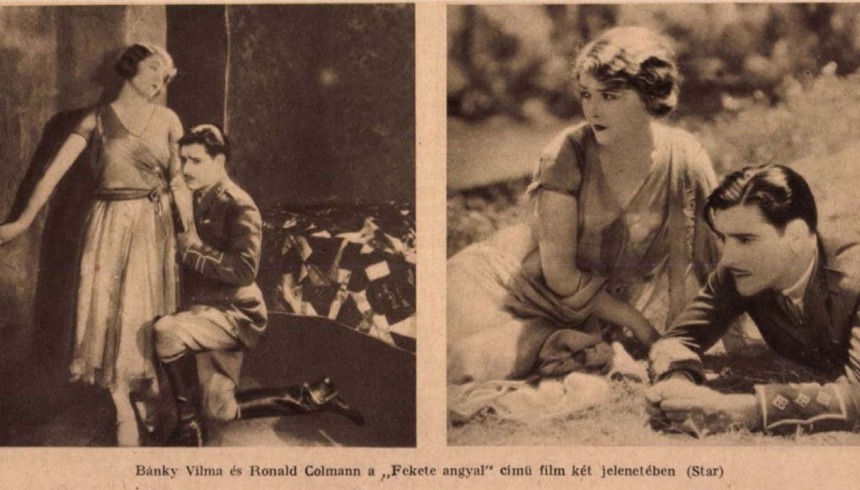 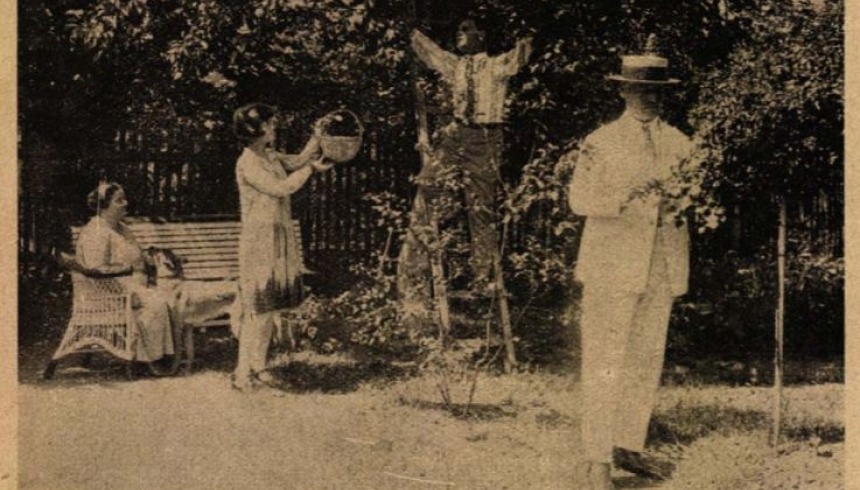 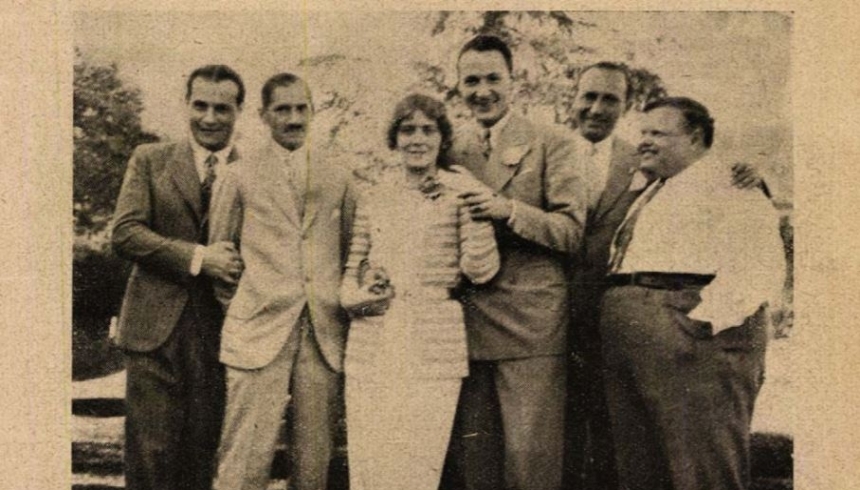 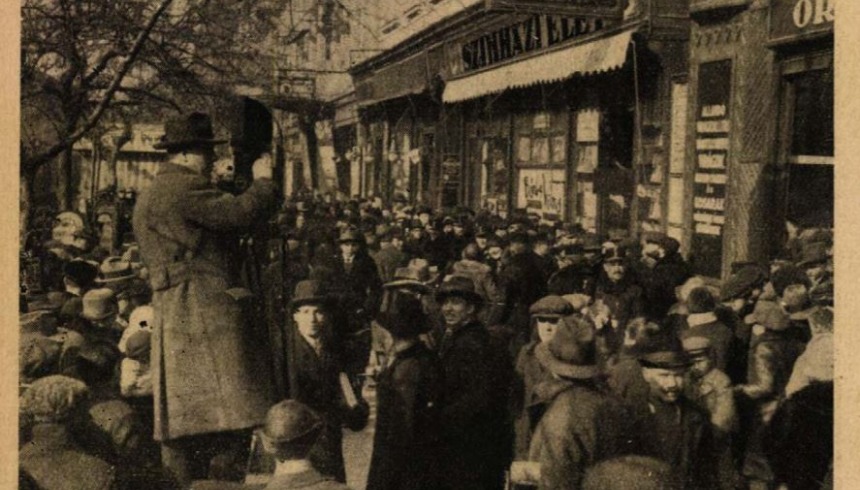 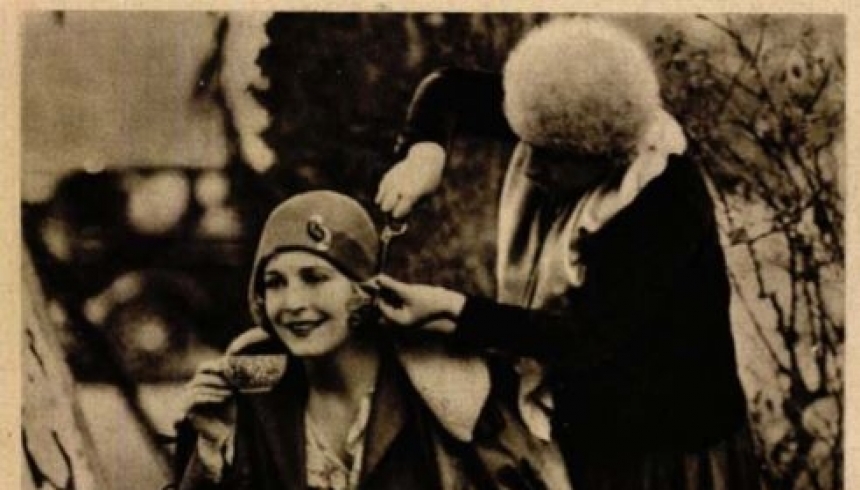 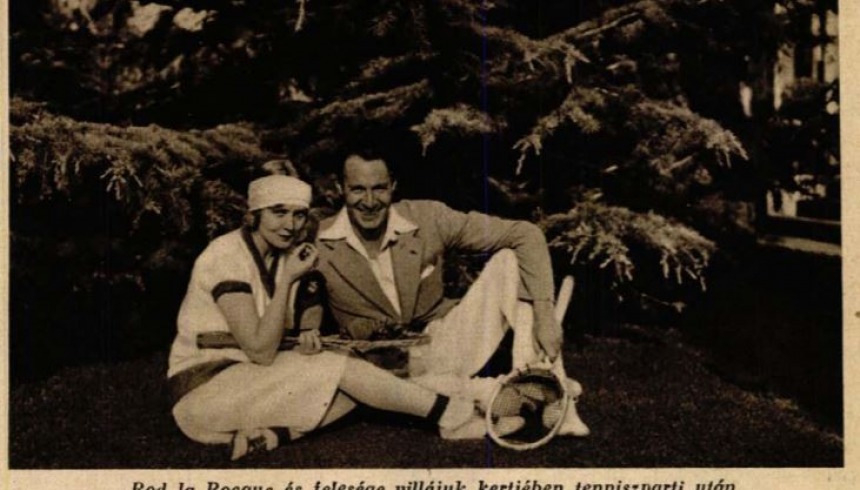 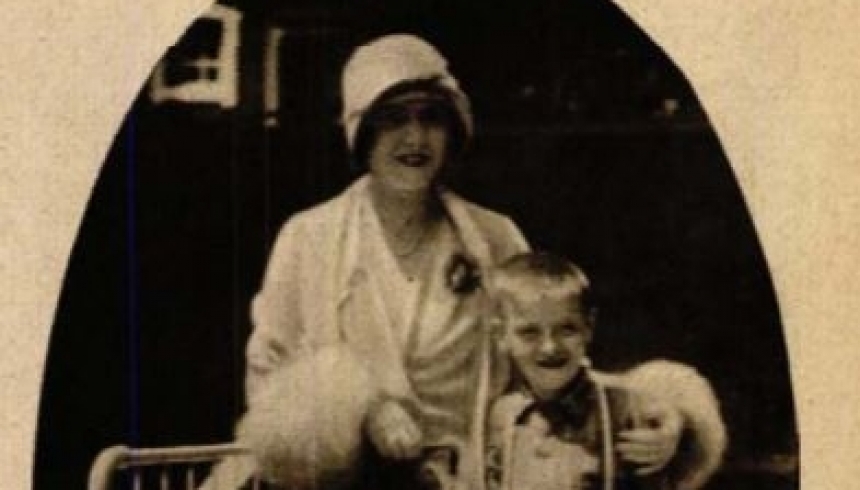 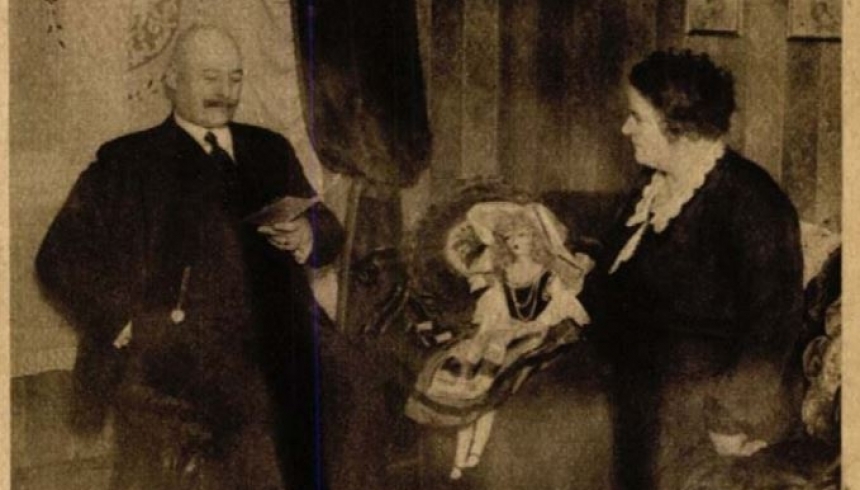 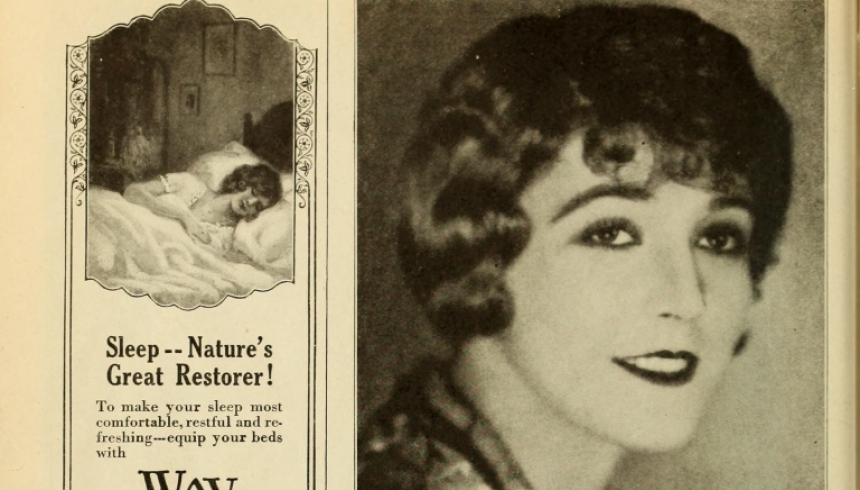 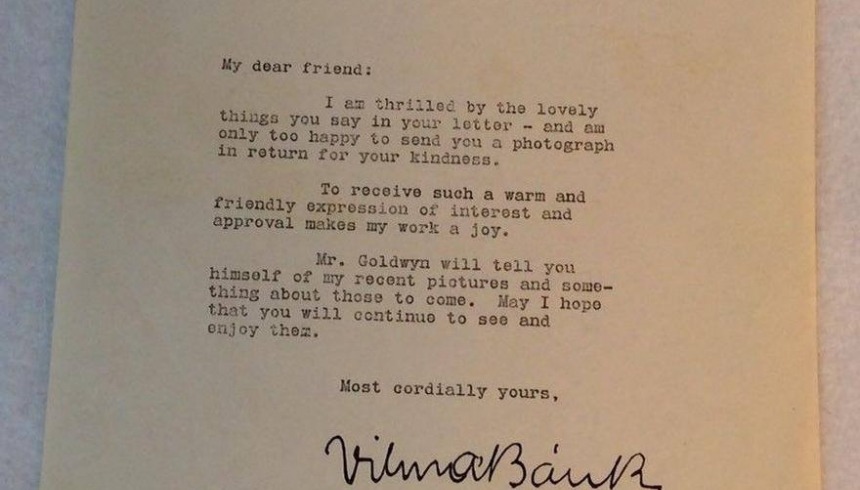 1925 marked a major turning point in her career. Samuel Goldwyn, head of Samuel Goldwyn Productions in Hollywood, visited Budapest to contract fresh European talent for overseas productions. The influential studio boss took immediate notice of Vilma, although at first the girl refused to meet him because she thought the whole thing was a practical joke. The story goes that in the end, after she had been convinced that Goldwyn was serious, she caught up with the movie mogul at Budapest’s Eastern Railway Station as he was about to board the train. Whatever the truth, a deal was struck and although the family initially harboured doubts about the idea of her travelling to America, the actress set off on the grand adventure.

She made the best decision possible because once in Hollywood she had a career that only few others enjoyed. Her arrival was heralded with a carefully planned PR campaign given the title ‘Hungarian Rhapsody’. Goldwyn deliberately developed the Cinderella story about her discovery, in which talent and beauty overcome all obstacles and the modest, kind-hearted, blonde, blue-eyed girl with alabaster-skin coming from ‘exotic’ Eastern Europe rises to the occasion. By this time, she was officially using the name Bánky instead of Koncsics, her picture was published everywhere and journalists covered her background in some depth so by the time she made her screen debut, the American audience welcomed their latest screen idol almost as a familiar friend. Thus it is no surprise to learn that Vilma Bánky quickly became a true world star whose portrait featured on the front covers of magazines from South America to Japan and people thronged the cinemas to see her.

She became one of the best investments (and the highest paid actress) of Samuel Goldwyn Productions and soon a star of competitor Paramount studio, too. She was often mentioned as the ‘great rival’ of the raven-haired Pola Negri who, even in appearances, was completely different.

Her partners included many of the top male film stars of the day, first and foremost Rudolph Valentino who died tragically young, and Ronald Colman. She first appeared alongside Valentino in the Russian-themed The Eagle, then she played in The Son of the Sheik telling the story of the love between an Arab prince and a dancer. Ever since its release, the film’s legendary sensual imagery with the couple dressed in oriental costumes has become an essential part of the universal history of silent movies.

Vilma Bánky was at the peak of her career in the second half of the 1920s. In 1928, she made the first visit to Hungary with her husband, Rod La Rocque, who was similarly a star of his day. The Hungarian public received their favourite daughter with celebrations befitting a true global star of film and there are reports that excited fans had to be held back by police cordons.

However, the global film industry underwent a massive transformation at the end of the decade. On the advent of talkies, her fate was similar to that of many of her contemporaries. Her slightly gravelly voice and strong Hungarian accent did not meet the demands of the new age so she was forced to give up her career as a film actress. The general public initially sought girlish, smooth female voices; the age of divas with strong characteristics only came later. In 1930 she played the lead in Victor Sjöström’s romance A Lady to Love, but she finally quit playing in films in 1933. Although she appeared with her husband on Broadway, her interest gradually turned towards business and golf, both of which she had a good head for. In the 1950s she was a successful player at women’s golf tournaments and she hadn’t even given up the hobby as she passed 80. While building her real estate business, she was heavily involved in charitable works with the help of the Banky–La Rocque Foundation and she never forgot her compatriots, whom she consistently and generously supported throughout her life.

She died at the age of 90 on 18 March 1991, but her figure has become an indelible part of film history and the memory of her cult is still alive in the Hollywood star system to this day. In recognition of her lifetime achievements, Vilma Bánky received her own star on the Hollywood Walk of Fame in 1960.